How do I know whether my house needs earthquake improvements? 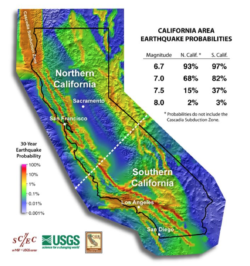 Meet Victor Construction the Marin Earthquake Seismic Retrofitting experts:
Since 1989, Victor”s General Construction, has been serving the Marin County area, with competitive prices and skills unmatched. Mel and his crew are known for their ability to make sure your home is not only professionally repaired, but better than before. Call today for your estimate and to schedule a consultation!

Victor Construction & Engineering is devoted to cultivating long-term relationships by providing our clients with the highest level of quality & service! Our desire is to be the first choice for all of your home building, remodeling & repairing needs. We understand that completing a home project can often cause disarray to a family’s routine. We take great pride in ensuring the job is completed efficiently with the highest attention to detail, allowing you to quickly return to your routine. Our crew is highly trained & supervised by the Owner himself. Mel personally oversees every project & consistently follows up on progress making on hand decisions & solving problems instantly. Every project has a uniqueness that pertains to the client- our prompt & precise service aspires to exceed your expectations every time we have the pleasure of working with you!

Follow this link for more information from USGS (https://earthquake.usgs.gov/hazards/urban/sfbay/liquefaction/sfbay/) 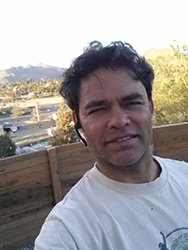 Meet Mel the Owner:
Our company was founded in 1989 by owner Mel Victor. Mel’s passion for contracting began as a young boy.
His family was stationed in Germany for a brief time during the mid 1960’s. During this time he became intrigued by cuckoo clocks. His family then moved back to California. One day in California Mel’s mother found her beloved cuckoo clock in pieces on the floor! Mel was instantly determined to fix the clock. One of the springs had separated from a gear inside. Mel accomplished the repair of his mother’s cuckoo clock and from that day forward his passion has continued to grow for building, remodeling, restructuring, maintaining, fixing and repairing. He has an eye for upgrading buildings and structures by bringing new life into older homes.
For more information, please give Mel a call today at (415) 472-9144

e goes to the top of my "go to" guys and I will certainly be sure that any friends of mine that could use his services will know about him.

Mel might not be the cheapest bid out there, but his experience and attention to detail is well worth it.

Mel was responsive, professional and knowledgeable. Nice to know integrity still exists in the modern marketplace!

Excellent work, will stay on the job until it's done, he doesn't leave and show up whenever.